The defending Champions of Efes are in Milan, Coach Messina: “We want to improve and play with personality” 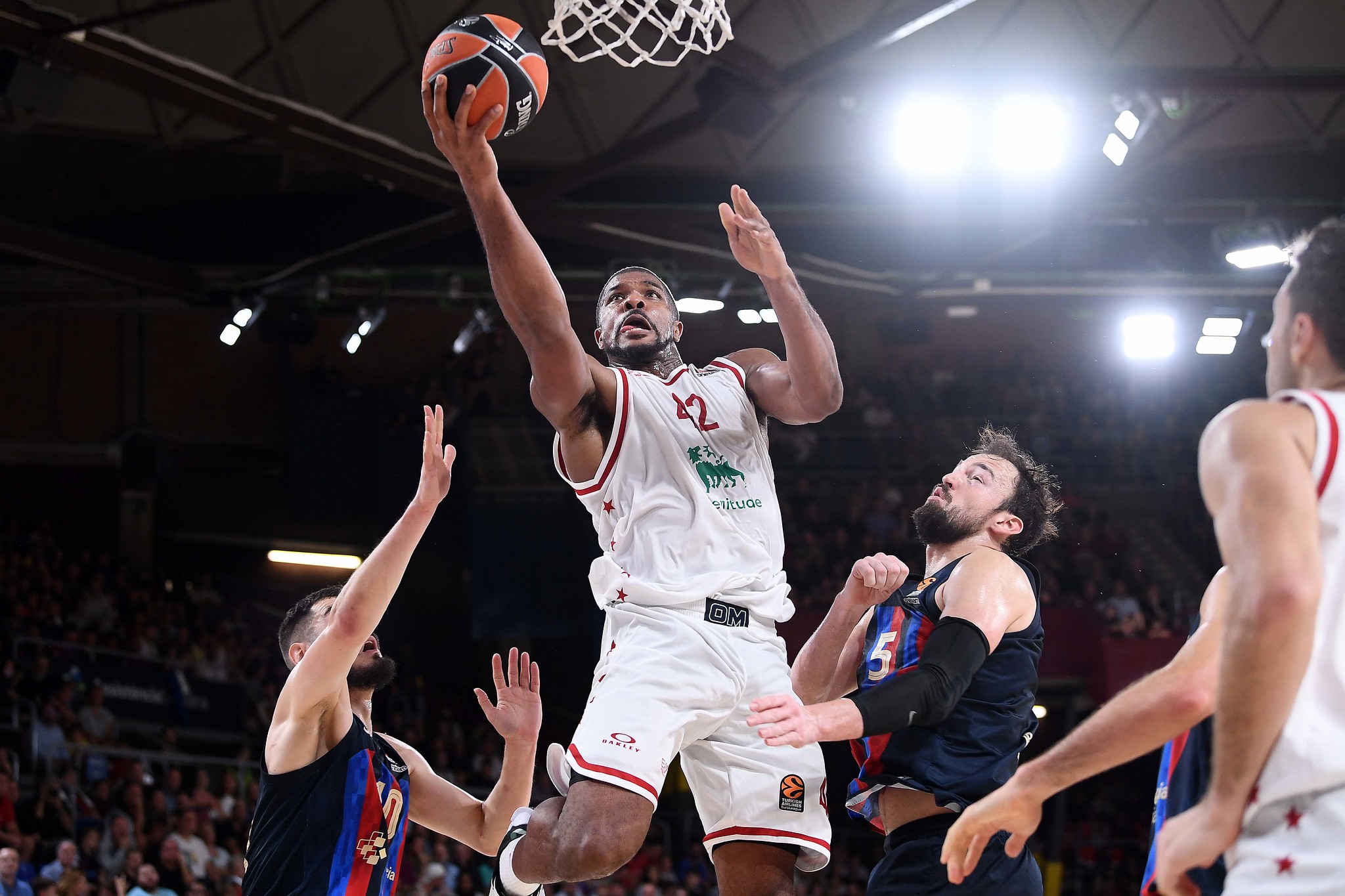 The second week with two EuroLeague rounds begins with a huge challenge since Anadolu Efes, the back-to-back reigning champions, will invade the Mediolanum Forum on Tuesday to be followed on Thursday by the other Turkish team, the league leading Fenerbahce. Olimpia is coming from four consecutive defeats but won both games in the previous double round week, both on the road. It is clear that the roster, especially in the perimeter department, is greatly weakened: Billy Baron is the team’s best three-point shooter making 60.0 percent of them this season, Gigi Datome is one of the best long-distance shooters in history, Shavon Shields last year in the playoffs was instrumental in Olimpia’s Game 2 win over Efes. On top of this, Stefano Tonut is also missing. The good news is that Tim Luwawu-Cabarrot, an Olympic and European silver medalist, will make his debut. He is a player with solid NBA experience and in his prime. He didn’t have the chance to really practicing with the team, but he will extend the rotation a little bit and will give to Coach Messina a small forward with some size and dynamism. Efes has the same win-loss record as Olimpia, 3-5: if Milan has not yet won at home after three attempts, Efes has not yet won on the road, again after three attempts. One streak will be broken tomorrow night. The European champions are without one of their stars, Shane Larkin, who is injured even if the return is considered imminent, but the other two big stars are there. Vasa Micic and Will Clyburn are scoring about 38 points per game together, reaffirming the “star system” that has distinguished Efes’ game for years. In this difficult time, Olimpia has had a lot from Naz Mitrou-Long: a rookie for the competition, he scored double figures in three out of three games, is averaging 14.3 points per game over 19.3 minutes, is shooting 53.3 percent from three-point range and adds 3.0 assists per game. So far, in each game he has scored more than in the previous one. The game will be start on Tuesday, 22nd, November at 20:30.

COACH ETTORE MESSINA – “We face the best European team over the last couple of seasons, equipped with a lot of talent and an excellent organization, provided by Coach Ataman, who is also a very good friend. It is obviously a tough game, but we are trying to improve, play with personality and, in the end, we’ll find out where we are as a team.”

KYLE HINES – “We are coming from four consecutive losses in the EuroLeague, we still have to win one at home, so it is a difficult time, but this is also the perfect opportunity to get back on track, playing against the back-to-back defending champions. Obviously, it is a very tough game, but it is on us to try to build our confidence back and move forward.”

ANADOLU EFES – The European Champions have adjusted their roster more than they did the previous season after conquering their first title. Some veterans have left namely Kruno Simon, James Anderson, Chris Singleton and Adrien Moerman (only the latter remained in the EuroLeague), while Will Clyburn came from Moscow, Achille Polonara from Fenerbahce and Ante Zizic from Maccabi. Another newcomer is Amath M’Baye, whose only experience in the EuroLeague dates back to the season spent in Milan. Guard Isaiah Taylor was signed during the course of a season to limit the effects of Shane Larkin’s absence. The list of stars obviously begins with Vasa Micic, the reigning Final Four’s MVP, 19.8 points and 6.9 assists per game over 35 minutes. He is the only player that Coach Ergin Ataman has started eight times out of eight. The other guards are Rodrigue Beaubois (7.0 points per game, 37.1 percent from three) and Elijah Bryant (8.0 points and 3.9 rebounds per game). Will Clyburn is the most used player, averaging 36.2 minutes per game, while averaging 19.9 points and 6.2 rebounds. He’s also shooting 37.2 percent from three. As a power forward, Amath M’Baye usually starts and is also playing with great efficiency, 63.6 percent from two, 50.0 percent from three, for 7.9 points and 4.1 rebounds per game. Finally, at the center position, Efes is the deepest team in the competition with three high-level centers such as Bryant Dunston, the all-time leading shot-blocker, Ante Zizic (7.4 points and 4.1 rebounds on average) and Tibor Pleiss (5.5 points per game).

HISTORY VS. EFES – Olimpia have played against Efes 36 times in the EuroLeague since 2005/06 with a record of 13-23 which includes a 1-3 loss in last season’s playoffs. There was no lack of weird and amazing moments. In the 2013/14 season, Milan won 77-73 with a sensational comeback over the last quarter, 26-11, with 22 points from Keith Langford. In the first game of the 2018/19 season, Olimpia won 81-80 with a three basically at the end made by Mike James. Two years ago, Olimpia won the first game, in Istanbul, 72-69 with 18 points by Kevin Punter, after a weird trend. A second period won 26-11 gave launched Olimpia 15 points ahead, but Efes responded with a 21-6 third period only to succumb again in the closing minutes. Last year, Olimpia won in Milan 75-71 with 16 points from Malcolm Delaney, then won again in Istanbul 83-77 with a 47-26 impressive second half. In the playoffs, Olimpia won Game 2 73-66 after losing Melli in Game 1, Delaney and Rodriguez in Game 2, with 21 points scored by Shavon Shields. In the 2013/14 season, one of the games also included Zoran Planinic’s Efes win in Istanbul thanks to a three at the end from 25 meters. The overall record is 24-14 for Efes and includes the 1996 Korac Cup.

EFES CONNECTION – Amath M’Baye played in Milan for one year, winning the Super Cup and the Italian league championships during the 2017/18 season. He also appeared in 30 EuroLeague games, 10 of them as a starter with 183 points scored. Will Clyburn played in Moscow with Kyle Hines and Johannes Voigtmann. In 2016/17, Deshaun Thomas played 30 games for Efes with 255 points scored in the EuroLeague. Thomas played with Tibor Pless in Barcelona, while Pleiss played with Kyle Hines in Bamberg. Finally, Kevin Pangos and Brandon Davies spent one year together with Vasa Micic in Kaunas.

GAME NOTES – Nicolò Melli is now the 12th-best all-time rebounder with 1.229. His counterpart in the Efes’ game, Tibor Pless, is one spot ahead with 1.242 while Bryant Dunston, another Efes’ player, is in 10th place with 1.287. Melli is also the 7th-best defensive rebounder with 924 rebounds grabbed. Next on the list? Kyle Hines himself with 938. They are the two best defensive rebounders below the 1.000-rebound barrier. Bryant Dunston again is the all-time leading shot-blocker with 314. Kyle Hines, who is the all-time best offensive rebounder, is in 3rd place with 293. 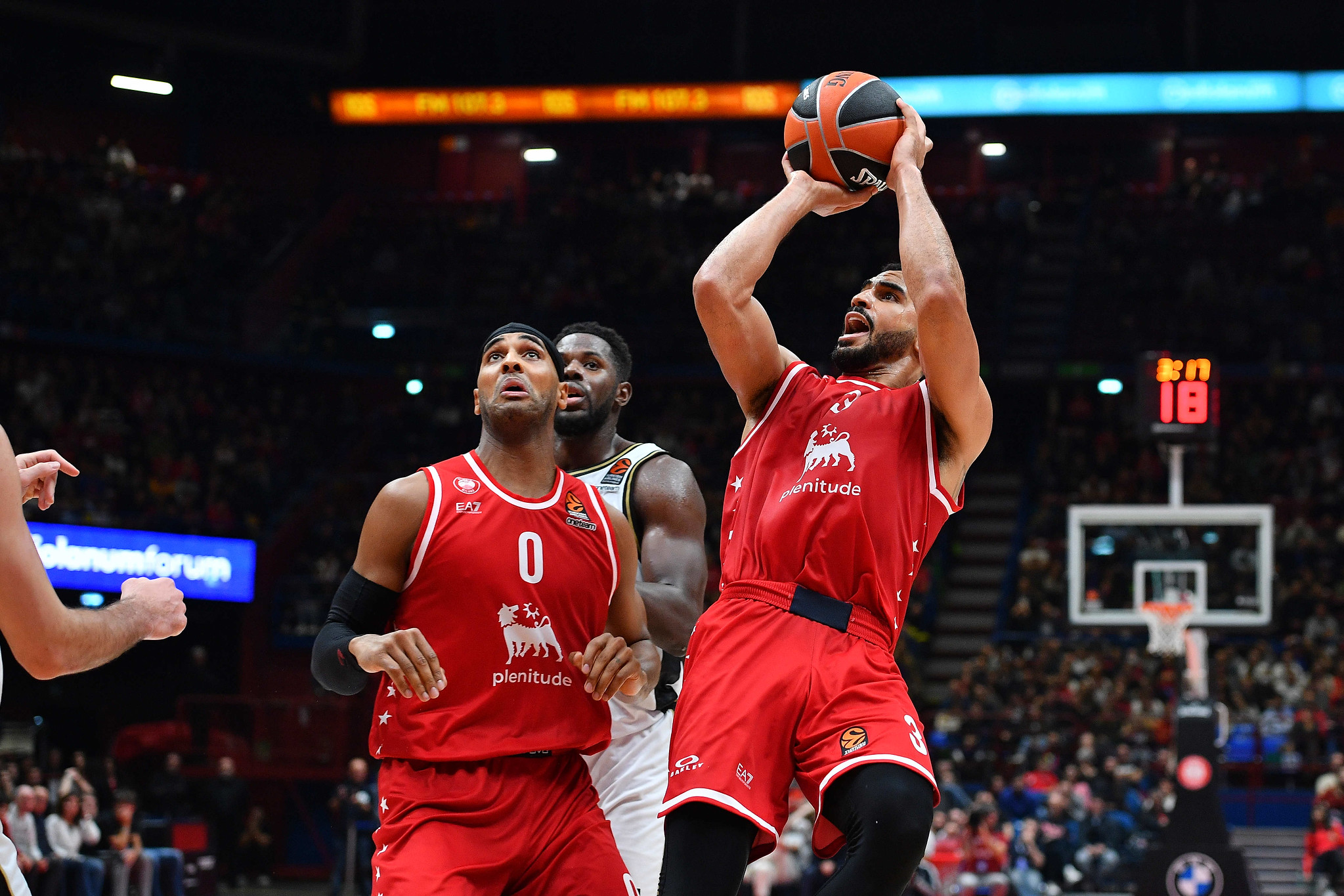 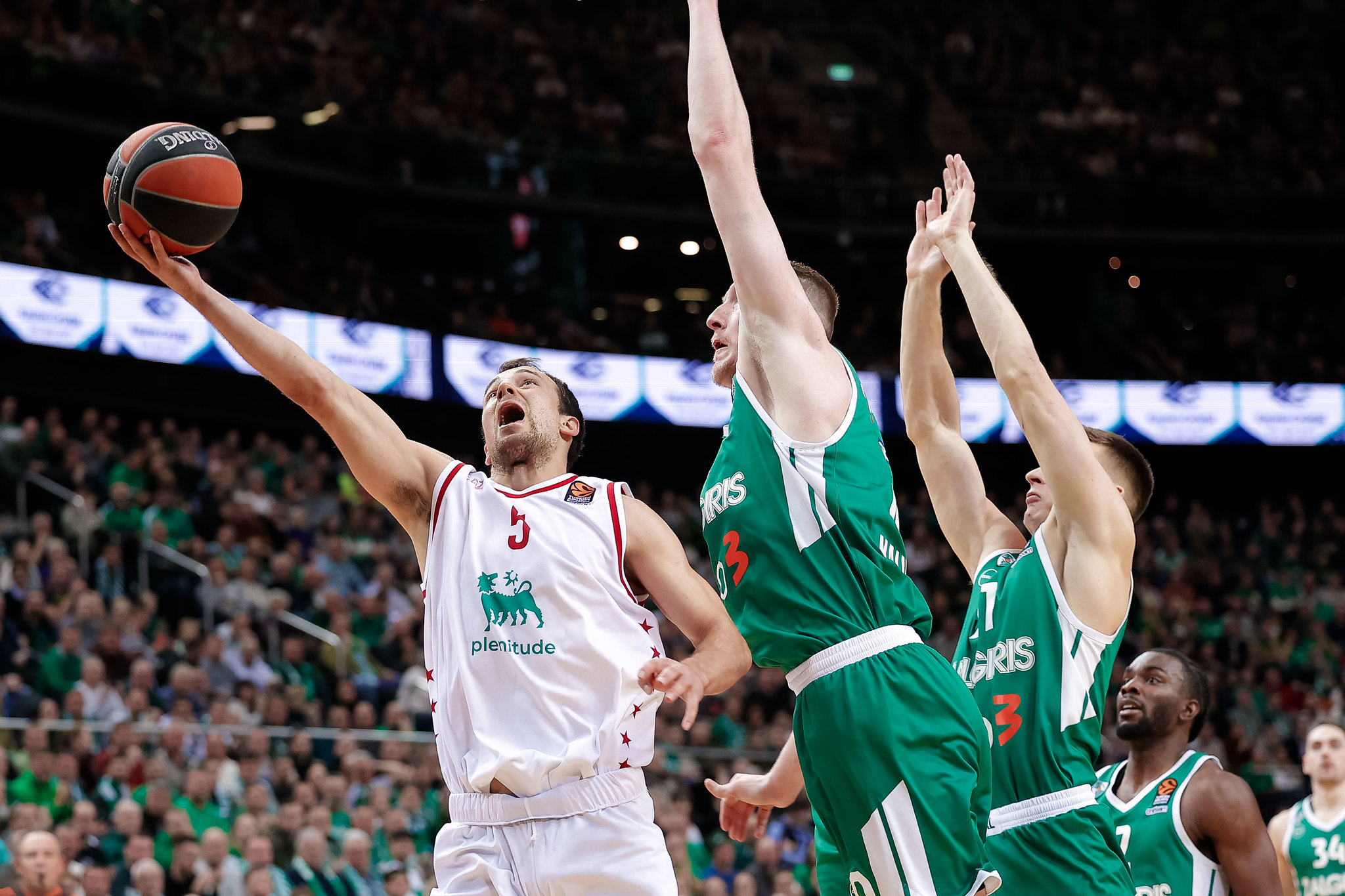 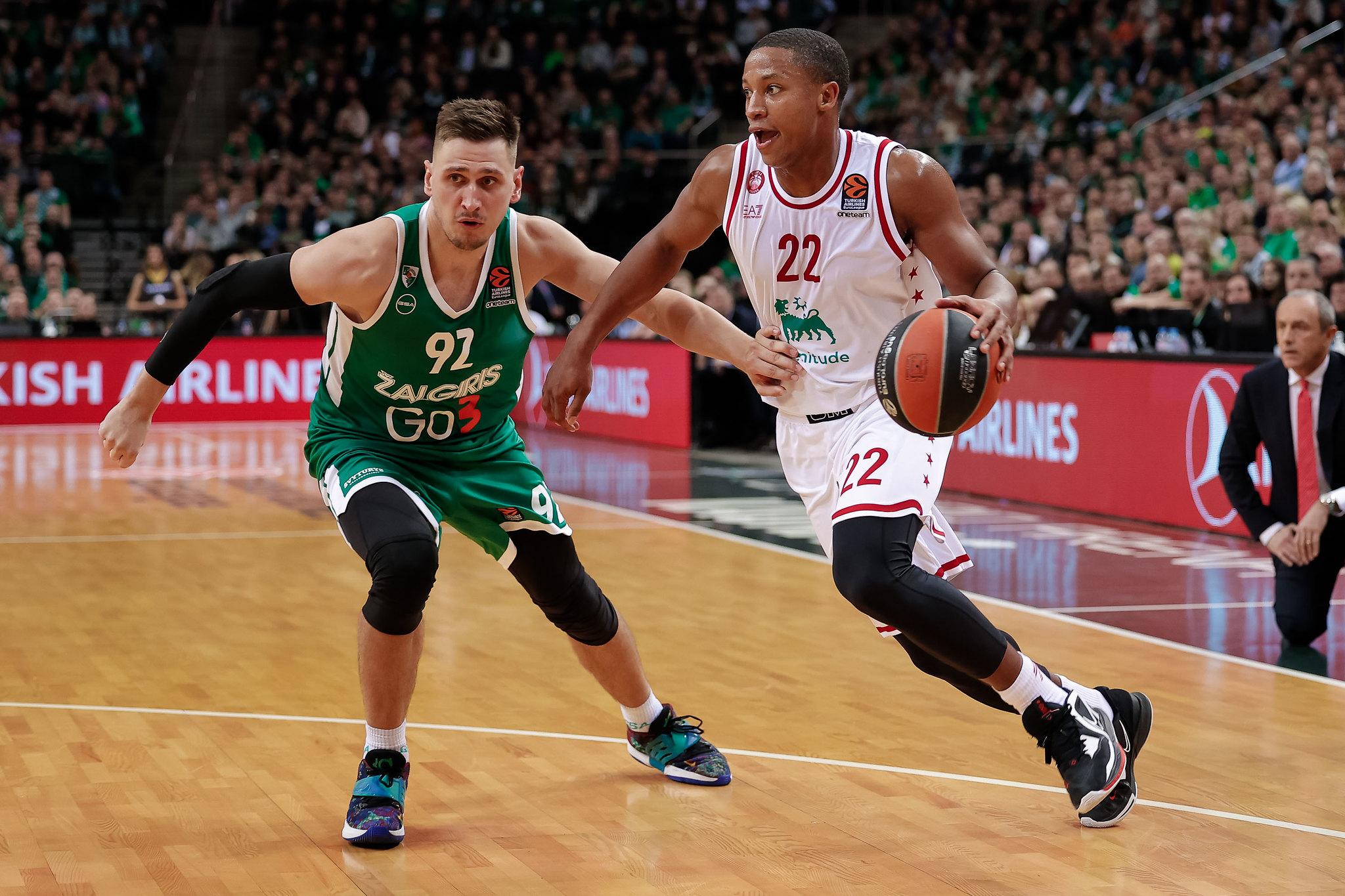