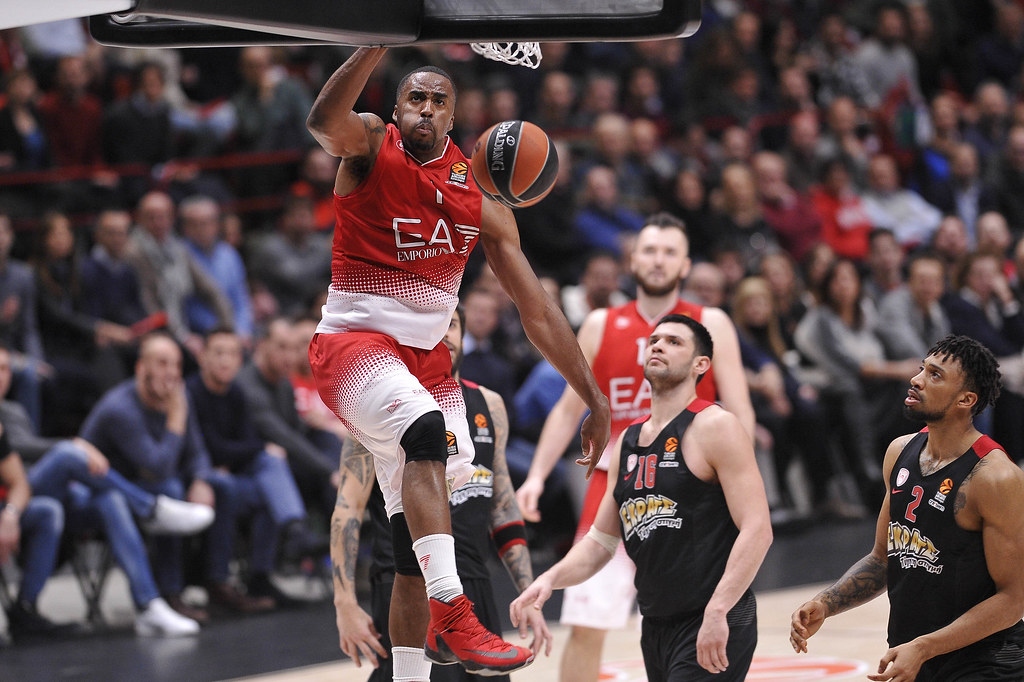 Olimpia had his best game of the season destroying Olympiacos’ normally dominating defense with a 58-point second half exhibition on the way to a 99-83 impressive outing. Olimpia had six players scoring in double figure, including a terrifying 15-point second half by Davide Pascolo. He scored out of energy with cuts, floaters and even a three or running faster than everybody else in transition. Early in the third after Olympiacos had canceled a 7-point deficit late in the second, Olimpia had both centers with four fouls. Coach Repesa went to his small line-up with Milan Macvan at center and Pascolo at strong forward keeping it even when Olympiacos used its big lineup with Khem Birch dominating the offensive boards.