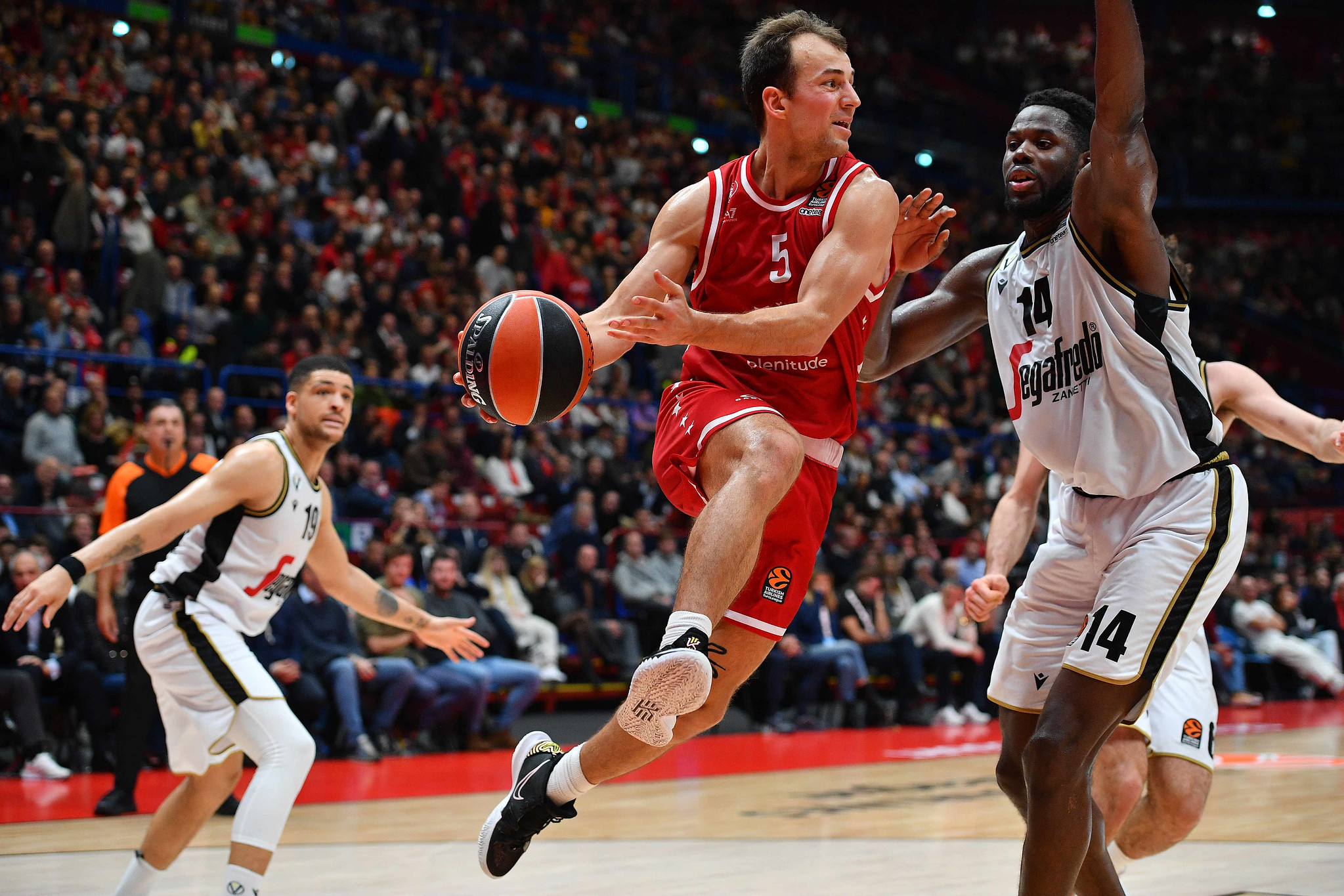 The EuroLeague season is resuming with the fifth road game for Olimpia, this time in Kaunas against a very good Zalgiris team, which has won its three home games so far, every one of them very close, and in the last round won its first road game in Villeurbanne. At home, Zalgiris has defeated Barcelona, leading most of the night, while it has beaten Bologna and Alba Berlin because of impressive comebacks that erased deficit that looked to be definitive. Zalgiris came back from 14 points behind against Virtus and even 20 against Alba, winning by seven in the end. It is not a surprise since home court advantage has always been huge in Kaunas. The Olimpia game has been sold-out for a few days now. The good news is that Olimpia is 3-1 on the road and was able to prevail in the hottest environment of them all, in Belgrade. The bad news is that the roster will stay depleted. Billy Baron (who has made at least one three in 15 of his last 16 appearances and is shooting 60 percent from three-point range for the season), Shavon Shields, Gigi Datome and Stefano Tonut won’t be able to play. Basically, Coach Ettore Messina will be without two guards and two small forwards. An entire department will be deeply affected. Tip-off time will be on Friday 18th, November at 7:00 pm Italian time.

COACH ETTORE MESSINA – “We are navigating a difficult time both from a physical and a basketball standpoint. Missing so many perimeter players is forcing us to play many minutes with big lineups, feauuring three big men. We’ll try to find in our defense and in our rebounding the cohesion necessary to try to win in a difficult atmosphere against a Zalgiris team which is doing very well and is deserving of its last good results.”

KEVIN PANGOS – “We face a very strong Zalgiris team. We all know how difficult it is to play before a huge and very supportive crowd in Kaunas. So, we’ll need to stay focused, keep our poise, execute the offense and play hard defense  for the entire 40 minutes.”

ZALGIRIS KAUNAS – So far three pleayers have always started for Zalgiris, the American point guard Keenan Evans, shooting guard Ignas Bradzeikis and small forward Edgaras Ulanovas. Six times out of seven the Estonian power forward Rolands Smith started, too. Evans, who spent the last season with Maccabi, has been the team’s leading scorer up to this game (14.4 points per game) and the best passer (4.7 assists per game), in part because of high shooting percentages (he’s shooting 41.2 percent from three). Bradzeikis is a perimeter player born in Kaunas but raised in North America, who had a very successful career at Michigan and has been in and out the NBA for three seasons. As of now, he is averaging 11.6 points per game. Ulanovas is a lefty forward who came back to Kaunas after a couple of seasons with Fenerbahce. He is averaging 9.9 points per game. Smits, coming from Barcelona, is an excellent offensive rebounder who is producing a solid season, averaging 10.6 points and 5.3 rebounds per game. Smits is shooting over 60 percent from two and 48.3 percent from three. The starting center normally is Kevarrius Hayes, 6.4 point and 5.6 rebounds per game, the second-best offensive rebounder in the EuroLeague, a former Villeurbanne player, full of energy. The second unit is giving a lot to the team, especially Lukas Lekavicius (7.0 points per game, 61.1 percent shooting from two), shooting guard Tomas Dimsa (21 points in Villeurbanne during the last round, 46.7 percent from three) and power forward Tyler Cavanaugh (5.4 points and 4.1 rebounds per game). Another rotation player is the shooter Arnas Butkevicius.

HISTORY VS. ZALGIRIS – The two teams faced each other 21 times with a 11-10 record favorable to Olimpia. It is 8-8 during the EuroLeague era. During the 1985/86 season, Zalgiris, led by the great Arvydas Sabonis, won 80-79 over Olimpia in Kaunas, but Milan took its revenge in Italy, dominating 95-66. The following season, when Olimpia was on its way to win the first of its two European championships, Milan defeated Zalgiris twice, 75-71 at home, 100-85 on the road. Zalgiris however won the Saporta Cup championship game in 1998 (82-67). Olimpia has won the last four games between the teams, the last one in Kaunas 74-70 with 20 points scored by Malcolm Delaney, while Kyle Hines had 11 points and 10 rebounds.

THE ZALGIRIS CONNECTION – Mantas Kalnietis, who won the Italian championship in 2016 (and also two Italian Cups), has played for Olimpia 40 EuroLeague games with 278 points scored. Kevin Pangos has spent two years in Kaunas, including a trip to the Final Four: overall, he appeared in 66 games with 716 points and 308 assists. Brandon Davies has taken part of 70 EuroLeague games with Zalgiris with 818 points and 307 rebounds. Rolands Smith has played in Barcelona with both Pangos and Davies.

GAME NOTES – Nicolò Melli climbed over James Gist and became the 12th all-time EuroLegue rebounder and is now chasing Tibor Pless of Anadolu Efes He has also made the three-point field goal number 200 of his career. Kevin Pangos has made at least one three in 33 of hist last 35 games. 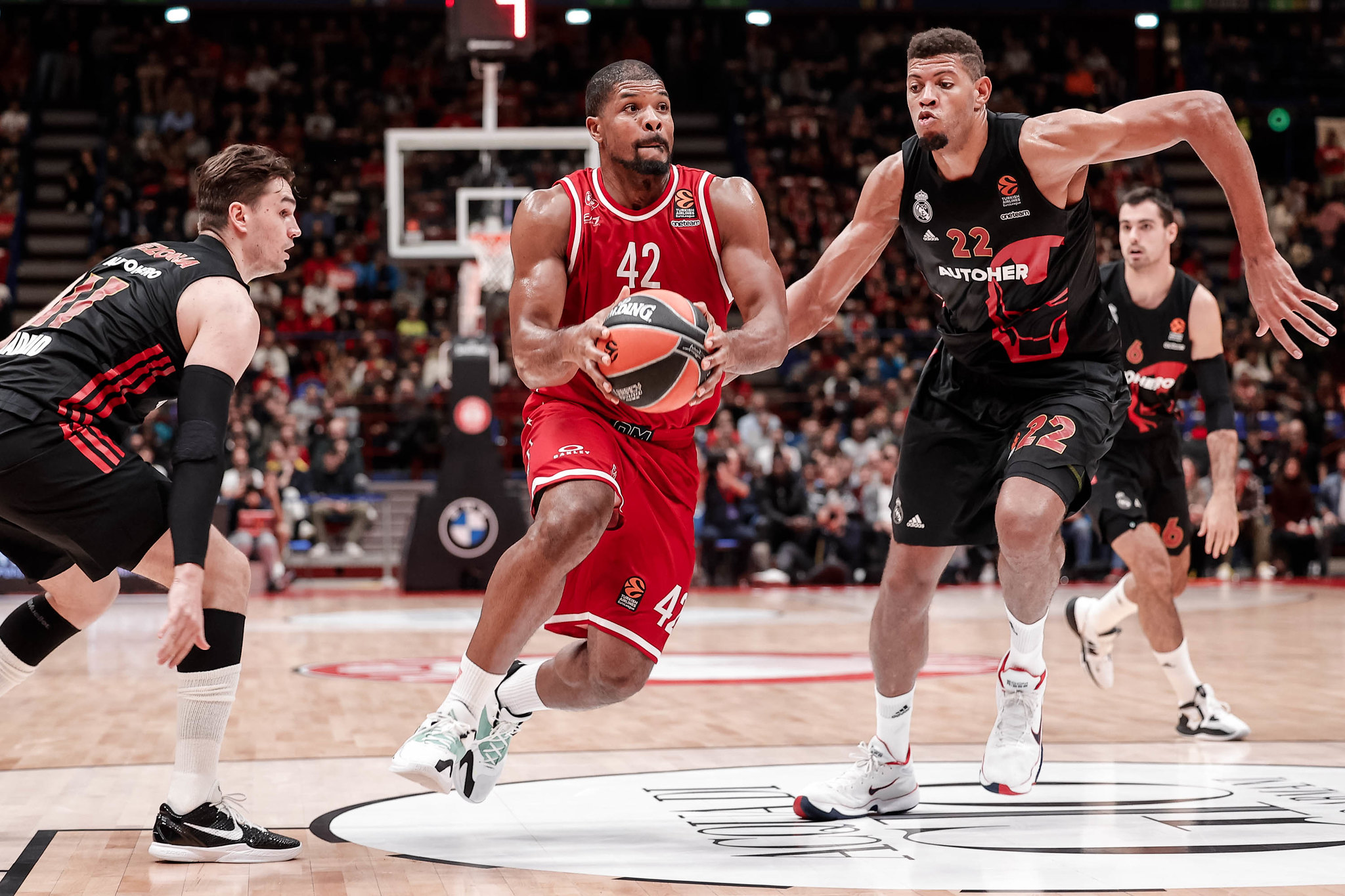 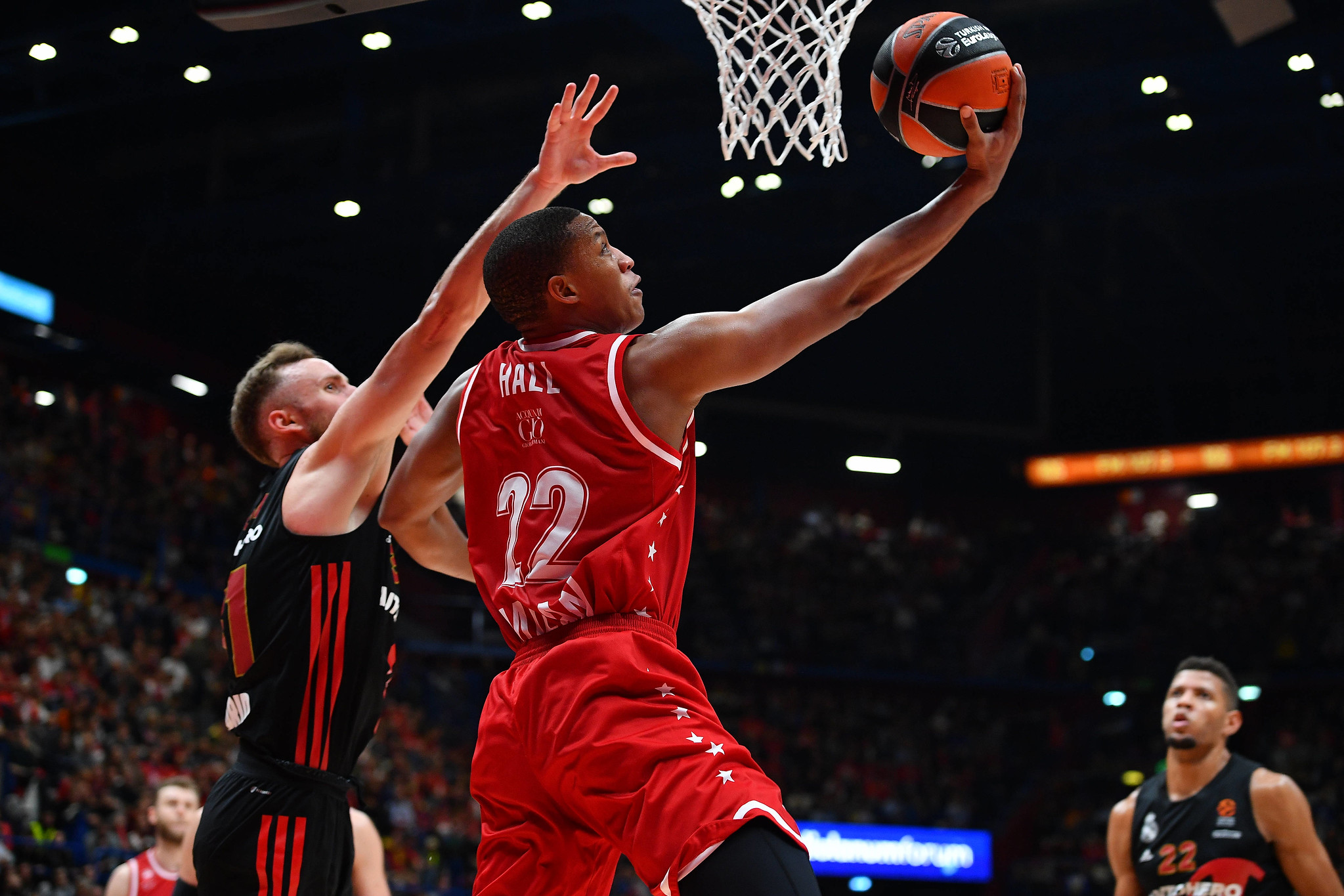 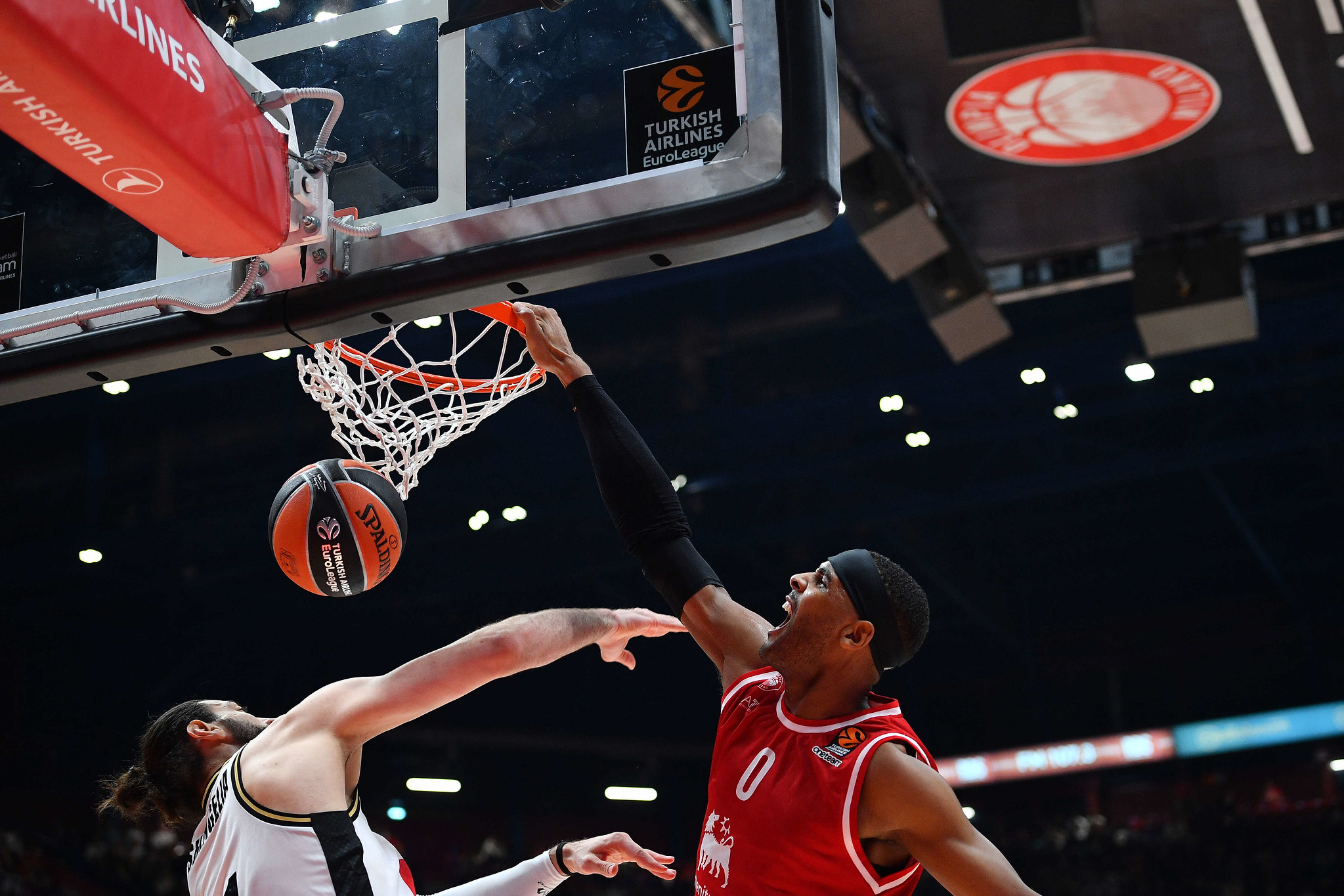