League leading Fenerbahce is in Milan, Coach Messina: “For us it is a matter of heart, effort and respect” 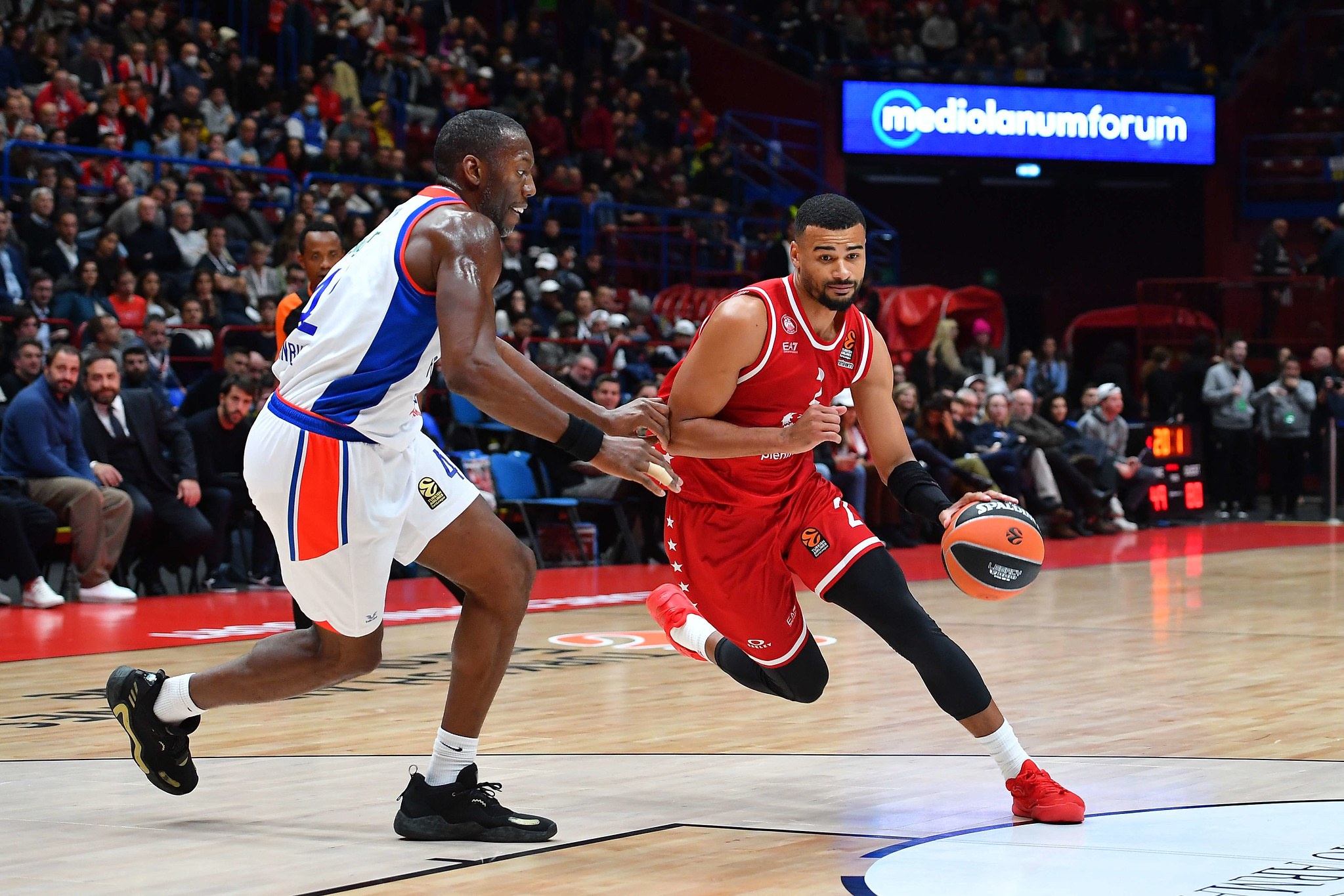 After collapsing during the second half of the Efes’ game, Olimpia will resume playing against the league leading Fenerbahce, whose record is 8-1 and the only loss came in Barcelona in a very close game, a team coming off an impressive outing in Monaco. Fenerbahce is going full speed, has started the same five players in every single game, has been built around the Calathes-Wilbekin backcourt, Johnathan Motley is having a spectacular rookie season in the EuroLeague, and Marko Guduric is one of the most productive sixth man in the league. It is clearly a very hard game. Olimpia is still missing four players (Shavon Shields, Billy Baron, Gigi Datome and Stefano Tonut), while Tim Luwawu-Cabarrot has just made his debut. Almost 10.000 people are expected in Mediolanum Forum, on Thursday, 24th of November at 20:30.

COACH ETTORE MESSINA – “This Fenerbahce game is not a basketball game for us, it is more a matter of heart, effort, respect towards the others and for ourselves, regardless of the outcome. Obviously, we know that we are facing a team playing very well and probably in its best period of shape.”

FENERBAHCE – Although, it won the Turkish championship last season, Fenerbahçe replaced Coach Sasha Djordjevic with Dimitris Itoudis, coming from CSKA Moscow where twice he led his team to the EuroLeague championship. The team changes some pieces especially the iconic Jan Vesely. Nemanja Bjelica came back from the NBA, but an injury kept him from playing so far. The team has been built around two very experienced and battle-tested guards, Nick Calathes and Scottie Wilbekin. The former, a two-time All-EuroLeague first-team, a three-time assist leader, is averaging 9.1 points and 6.0 assists per game and is also shooting an unsustainable 54.5 percent from three. Wilbekin is averaging 13.0 points per game: last season, he was the EuroLeague best free throw shooter, now he is making 39.7 percent of his threes on 6.6 attempts. The starting line-up is completed by two perimeter forwards, DyShawn Pierre (4.0 points and 3.2 rebounds per game), although he was absent in Monaco, and Nigel Hayes-Davis (9.0 points and 3.5 rebounds per game), and by center Johnathan Motley, a little surprisingly the team best scorer with 15.1 points per game, thanks to his amazing 70.5 percent shooting from the field. He also grabs 5.8 rebounds per game. Among the perimeter players coming off bench the most remarkable one is Marko Guduric who averages 12.6 points per game on 42.1 percent three-point shooting, the small American Carsen Edwards (7.9 points per game) and the experienced Turkish international Meli Mahmutoglu (8.0 points per game, 50.0 percent three-point shooting). The bigs coming off the bench are Tonye Jekiri (5.2 points per game, 75.9 percent from two) and Devin Booker (3.4 points and 2.9 rebounds per game). Finally, stretch power forward Metecan Birsen is giving his team a nice lift off the bench.

HISTORY VS. FENERBAHCE – There have been 22 games between these two teams and Fenerbahce is leading the all-time series 14-8. The two teams met in 1996/97, the first round of the EuroLeague with a double win for Olimpia. In 2011/12 they met again in the Top 16, and Fenerbahce won in Istanbul 65-63 but lost in Milan 85-72 (27 points scored by Malik Hairston). In 2013/14, Olimpia won 90-85 in Milan (17 by Daniel Hackett) and then won again in Istanbul 82-73 with 16 points from David Moss and 13 from Alessandro Gentile. Fenerbahce then won ten consecutive games between the two teams, four during the 2014/15 season only, before losing the first game of the 2019/20 season in Milan 87-74. In that game there were 22 points scored by Sergio Rodriguez. In 2020/21, Olimpia won again in Istanbul 79-71 with 15 points by Zach LeDay and 13 by Kevin Punter, but Fenerbhace took its revenge in Milan, winning 100-92 with 20 points from Nando De Colo, while Gigi Datome had 16 for Olimpia. During last season’s Olimpia dominated in Istanbul and won 68-43 with 13 points by Shavon Shields, 11 and 7 assists from Sergio Rodriguez, six steals, a career record, from Nicolò Melli. In Milan, again, Fenerbahce prevailed.

THE FENERBAHCE CONNECTION – Gigi Datome played at Fenerbahce for five seasons that included four appearances in the EuroLeague Final Four and the European title won in 2017. Datome played 149 EuroLeague games in the yellow and blue, scoring 1,538 points. He has also won the Turkish title three times and the Turkish Cup three times. In 2016 he was MVP of the Turkish championship final. Nicolò Melli played two years at Fenerbahce between 2017 and 2019 playing 72 games including the EuroLeague championship game in 2018 and the Final Four of 2019. Melli scored 583 points for Fenerbahce in the EuroLeague with 325 rebounds grabbed. He also won a Turkish title and a Turkish Cup. Kyle Hines and Johannes Voigtmann played at CSKA Moscow for Dimitris Itoudis, who is now coaching Fenerbahce. With him, Hines has won the EuroLeague twice, the last one in 2019. Brandon Davies played for Barcelona alongside Nick Calathes and Nigel Hayes; Deshaun Thomas played at Panathinaikos with Calathes himself. 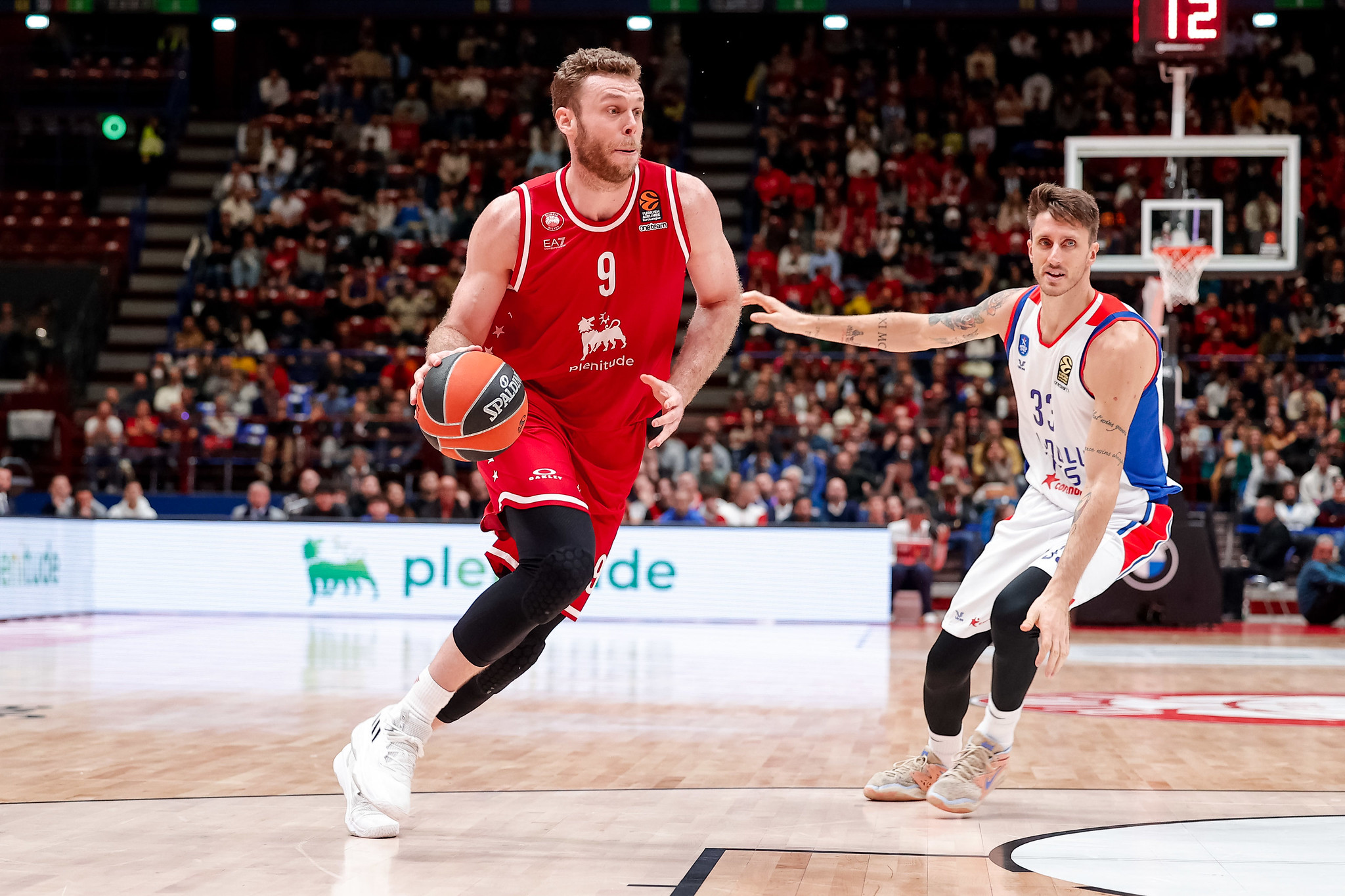 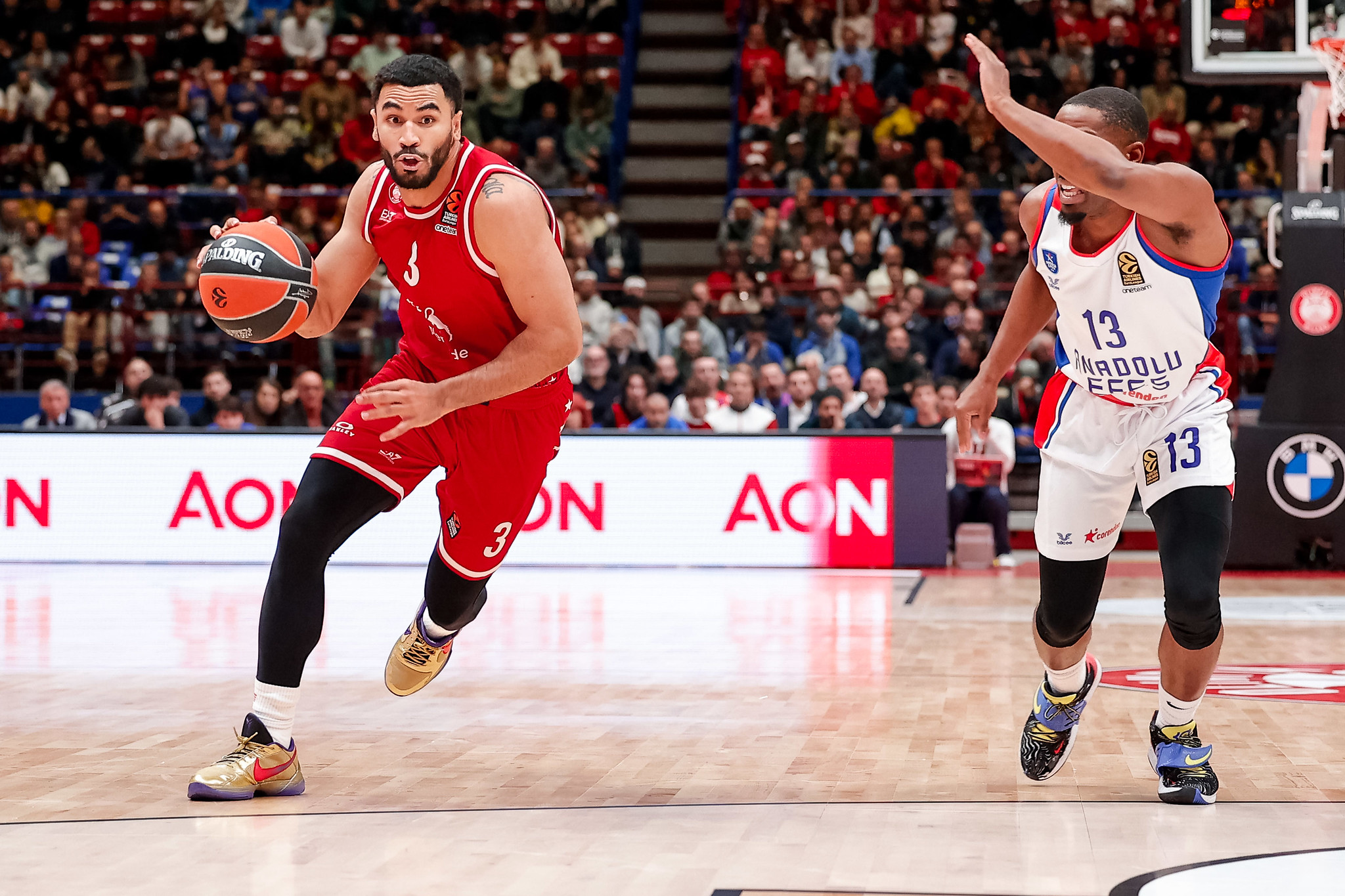 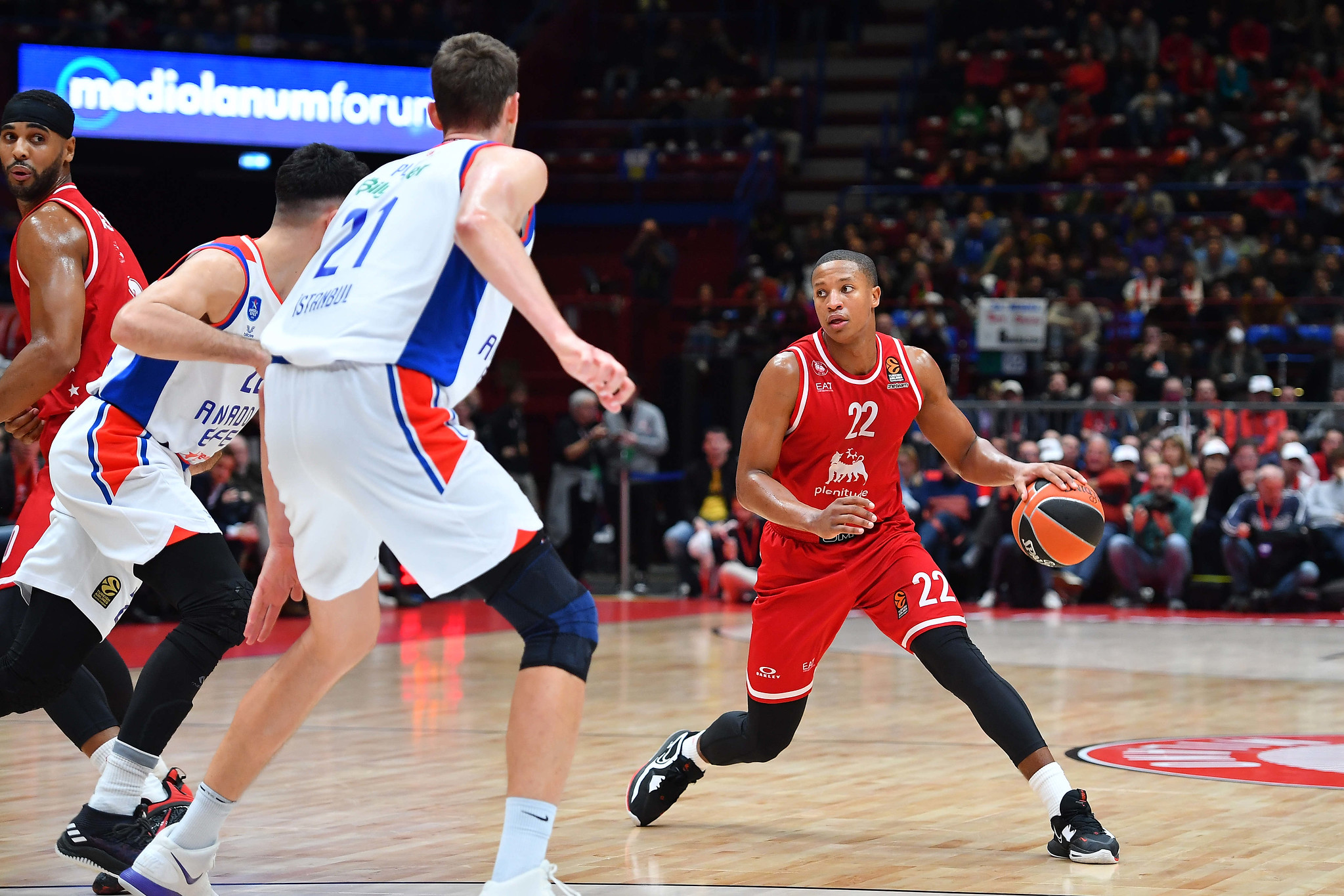