“I want to embrace the culture and the fans, I feel fortunate”: Troy Daniels is coming to Milano 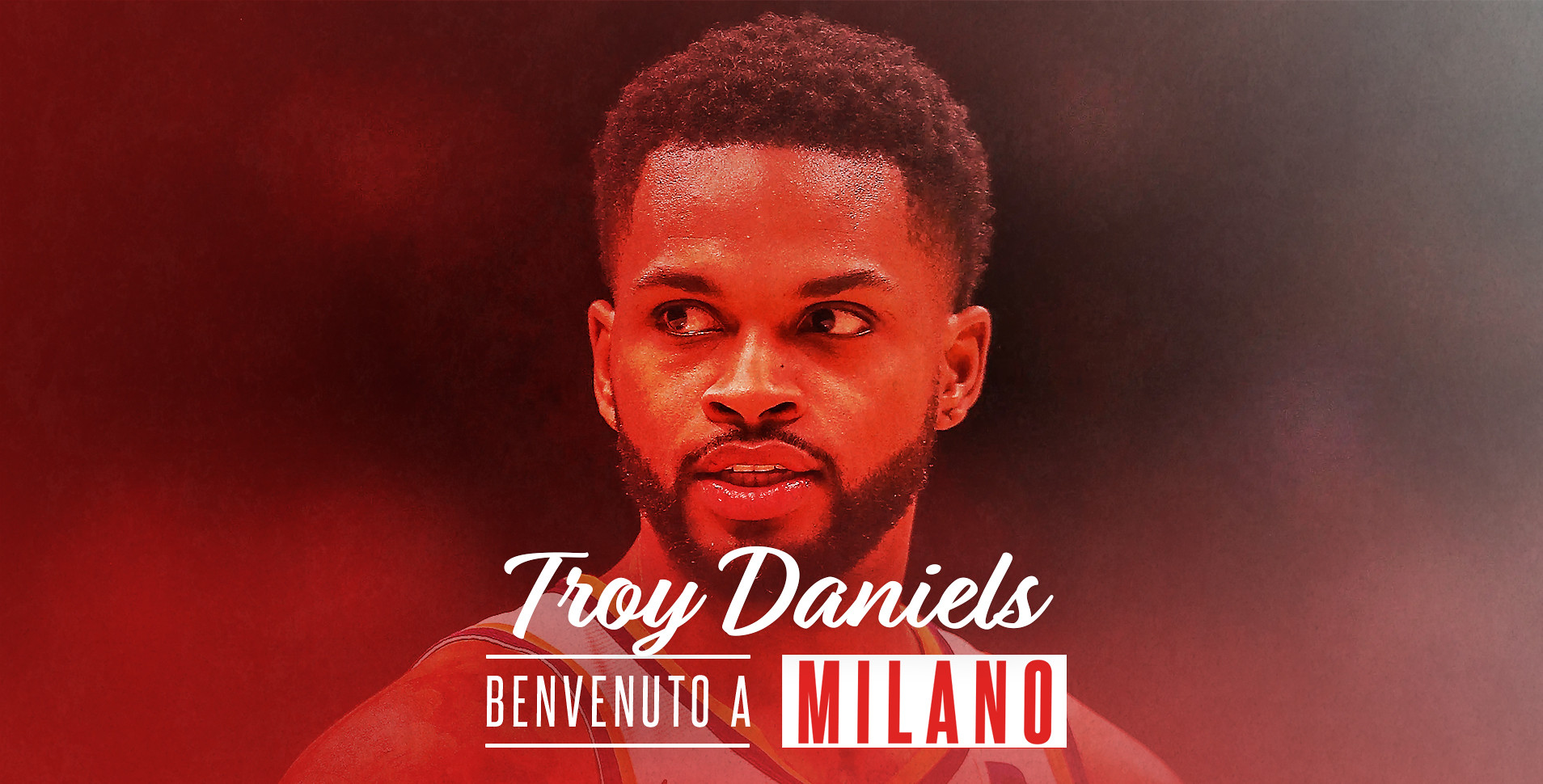 Olimpia Milano has reached an agreement with Troy Daniels, born in Roanoke, Virginia, on July 15, 1991, 1.93 mt tall, guard, coming from the NBA’s Denver Nuggets. “We wanted Troy because he’s strongly motivated, can fit well in our family and has the skills we were looking for in a shooting guard,” says general manager Christos Stavropoulos. “First of all, I’d like to thank Olimpia Milano for this opportunity. I cannot wait to come to Milano, embrace the culture, embrace the fans and really try to win as many championships as we can. I feel very fortunate about having this opportunity and I can’t wait to give to the team everything I have.”

HIS CAREER – Troy Daniels attended the William Fleming High School in Roanoke and won the Region’s Player of the Year award in 2009, then spent four years at Virginia Commonwealth with whom he reached the NCAA Final Four in his second year. In 2012/13 he averaged 12.3 points per game, shooting 40.3 percent from three (he was fourth-best in the conference, first for three-pointers made) and 3.1 rebounds. He won the three-point shooting contest at the 2013 NCAA Final Four. He was undrafted and spent the 2013/14 season with the Rio Grande Vipers of the G-League averaging 21.5 ppg, while finishing first for three-point shots made and attempted, made the All-league first team, and signed for Houston for the 2013/14 playoffs and remained there the following season before moving on to Minnesota. He also spent two years in Charlotte, one in Memphis, two more years in Phoenix, with the Lakers (he was part of the NBA championship winning team, although he didn’t finish the season with them) and finally Denver. In the NBA, he has played 339 games with 2,232 points scored, shot 39.5 percent from three in his career.

NOTES – Troy Daniels made the winning three-pointer in Houston, against Portland, during the NBA’s playoff first round in 2014. He also scored 22 points in one quarter when he was playing for Memphis; scored 28 points including eight threes and the winning shot for Charlotte in a 2016 game against Sacramento; he had a streak of 32 consecutive games with at least one three in Phoenix when he also had a six-three in one quarter game, then a franchise record. He has a career-high of 11 threes made in one game at VCU, against East Tennessee State.