Here is Billy Baron: “It’s been a goal of mine to play for a club of this level” 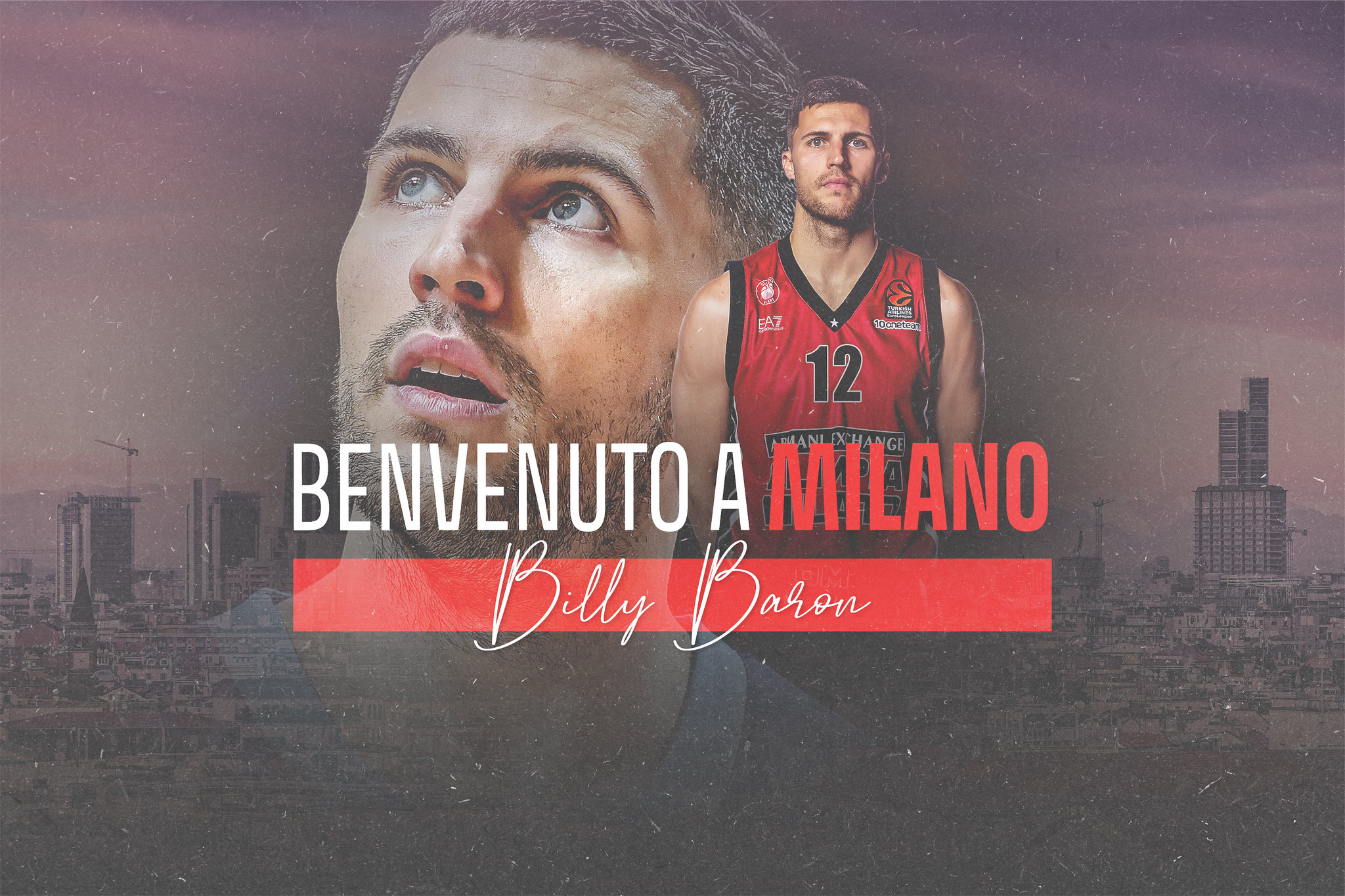 Olimpia Milano agreed on terms for a two-year contract with Billy Baron, born in Altoona, Pennsylvania, on December 11, 1990, 1.88 mt tall, coming from Zenit St. Petersburg. “Billy is on the premier shooter we have seen in Europe over the last few seasons. He has experience and freshness at the same time, so we are happy that he is part of our team now,” Olimpia’s general manager Christos Stavropoulos said. “My family and I are excited to be part of this club. We are looking forward to experiencing the Italian culture. I had a nice conversation with Coach Messina before signing. I have always respected him and the club, and it’s been a goal of mine to play for one of this level. I want nothing more than to bring a few trophies to the city and I’ll work everyday to try and help in any way I can,” Baron said.

CHI È – Billy Baron is the son of Jim Baron, a coach with a 30-year career at collegiate level. Billy has played at Bishop Hendricken High School, Rhode Island, and eventually for the Worcester Academy, Massachusetts. In 2010, he attended Virginia University but after one season he decided to move and play for his dad at Rhode Island. Following one year at URI, he transferred with his dad at Canisius, Buffalo, where he stayed two years and was named to the All-Metro Atlantic Conference first team. In 2014 he was also Player of the Year in the same conference, after averaging 24.1 points, 5.3 assists (first overall) and 4.9 rebounds per game. He shot 42.1 percent from three and 88.3 percent from the line. In 2014, he started his pro career at Vilnius (6.1 points per game, 47.5 percent shooting from three in the Eurocup), then signed for Charleroi where he played along his brother Jimmy (he averaged 20.7 points per game, with 45.9 percent three-point shooting in Eurocup), and finally for Murcia in Spain (13.0 points per game in the Eurocup) and Eskisehir in Turkey. In 2018, he went to Red Star Belgrade, and helped the team win the Adriatic Supercup and in 2019 the Adriatic League championship while being named MVP of the playoffs. During the 2018/19 Eurocup, he averaged 12.9 points per game and shot 49.4 percent from three.

NOTES – He was part of the 2017 America’s Cup USA winning team in Cordoba, where it defeated Argentina in the championship game.