“Cesare Rubini Court”: Olimpia will name its parquet floor after his greatest personality 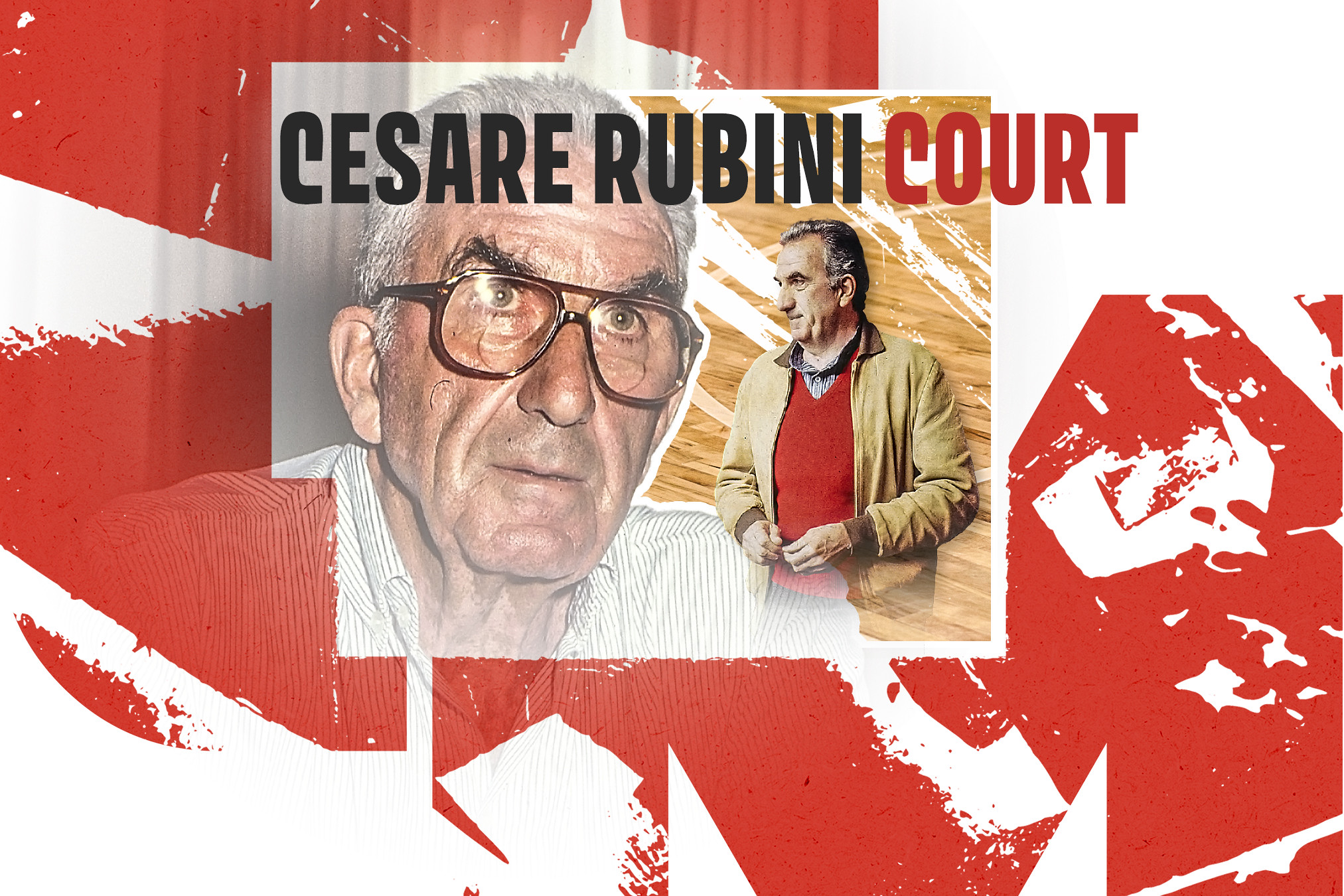 Starting with the Italian league opening game, on Sunday October 2, against Brescia, Olimpia Milano will play the home games, across all the competitions, on the “Cesare Rubini Court”. The floor of his home games will in fact be named after one of the greatest personalities in the history of sports, who, along President Adolfo Bogoncelli, identified Olimpia for almost thirty years of existence. “The values, the competitive spirit, the desire to always be at the forefront, to consider Olimpia a family, have been handed down to us by Cesare Rubini. Even today, they represent the principles that inspire our club. Naming the playing court after him is not just a way to remember him, but it is also an honor that will allow everyybody to recognize Rubini in his natural environment,” says Olimpia’s owner Giorgio Armani.

Cesare Rubini’s won 15 league championships with Olimpia, the first five as a player-coach;he  won a European championship, two Cup Winners’ Cups and an Italian Cup; he’s won 501 league games as a coach, including three tie-break games and in 1962/63 Olimpia won 26 out of 26 games, clinching the title at the end of a perfect season. With the Italian national team, as the director of the basketball operations, he conquered the Olympic silver medal in Moscow in 1980 and the European gold medal in Nantes in 1983, as well as the bronze in Stuttgart 1985 and the silver in Rome in 1991. In 2004 he was inducted into the Basketball Hall of Fame of Springfield, and eventually in the FIBA’s Hall of Fame. Cesare Rubini, who came to Olimpia in 1947, is the only European sportsman to have been admitted to the Hall of Fame of two different sports, basketball, and water polo. In the latter sport he won the 1948 Olympic gold medal in London and the bronze in 1952 in Helsinki when he was already coaching Olimpia Milano.

“Cesare Rubini – says his nephew Giorgio, a former vice president of Olimpia Milano – boasts the unparalleled honor of being part of two different Hall of Fames in two sports, basketball and water polo, which could not be more different and have only hands in common; two sports in which the ability to control the ball represents, in and out of the water, an essential trait to be winning athletes. Cesare Rubini has won games, trophies, but also the hearts and minds of those who knew him. On Sunday he will still be with us, in spirit, in the front row as he always did. If he could see us, he would be happy and moved to receive this honor for which I and the whole Rubini family would like to thank Olimpia Milano and particularly Mr Giorgio Armani, Mr Leo Dell’Orco and Ettore Messina.”

Naming a playing court after a coach is an unprecedented honor in Europe, but it is often practiced in the United States. Among the colleges that made it, there are UCLA (Nellie and John Wooden Court), Duke (Coach K Court), North Carolina (Roy Williams Court at the Dean Smith Center), Florida (Billy Donovan Court), Arizona (Lute and Bobbi Olson Court), Georgetown (John Thompson Court), Davidson (Bob McKillop Court) and many more.