The Cap is here to stay: Gentile signed for 3 years 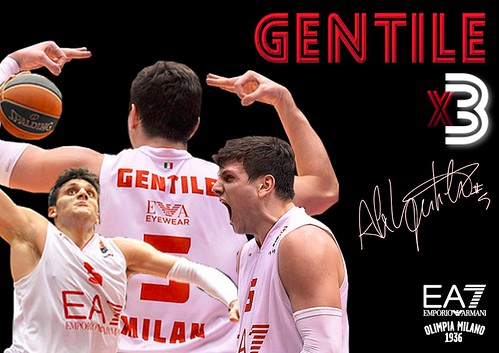 Gentileis the youngest Captain in the club’s history, won his first Italian championship last June winning the Mvp award in the process. During the last season he set his new personal record by scoring 29 points in Montegranaro during the same game he set his new rebounding record with 10. He was also named the Best Under 22 player in the Italian league and set his new records of points scored in a playoffs’ game with 25 and in a Euroleague game with 24 (against Barcelona). He surpassed the 1.000-point barrier as an Olimpia player and became the fifth best playoffs’ scorer in the club’s history.

Born in 1992 in Maddaloni, Gentile is the youngest son of the Olimpia’s Hall of Famer and former Captain, Nando Gentile. He’s also a member of the Italian National team and was selected with the number 53 in the last NBA draft. His NBA rights belong to the Houston Rockets.