“I’m coming back to a club that represents so much for me”: Nicolò Melli returns highly motivated to Olimpia 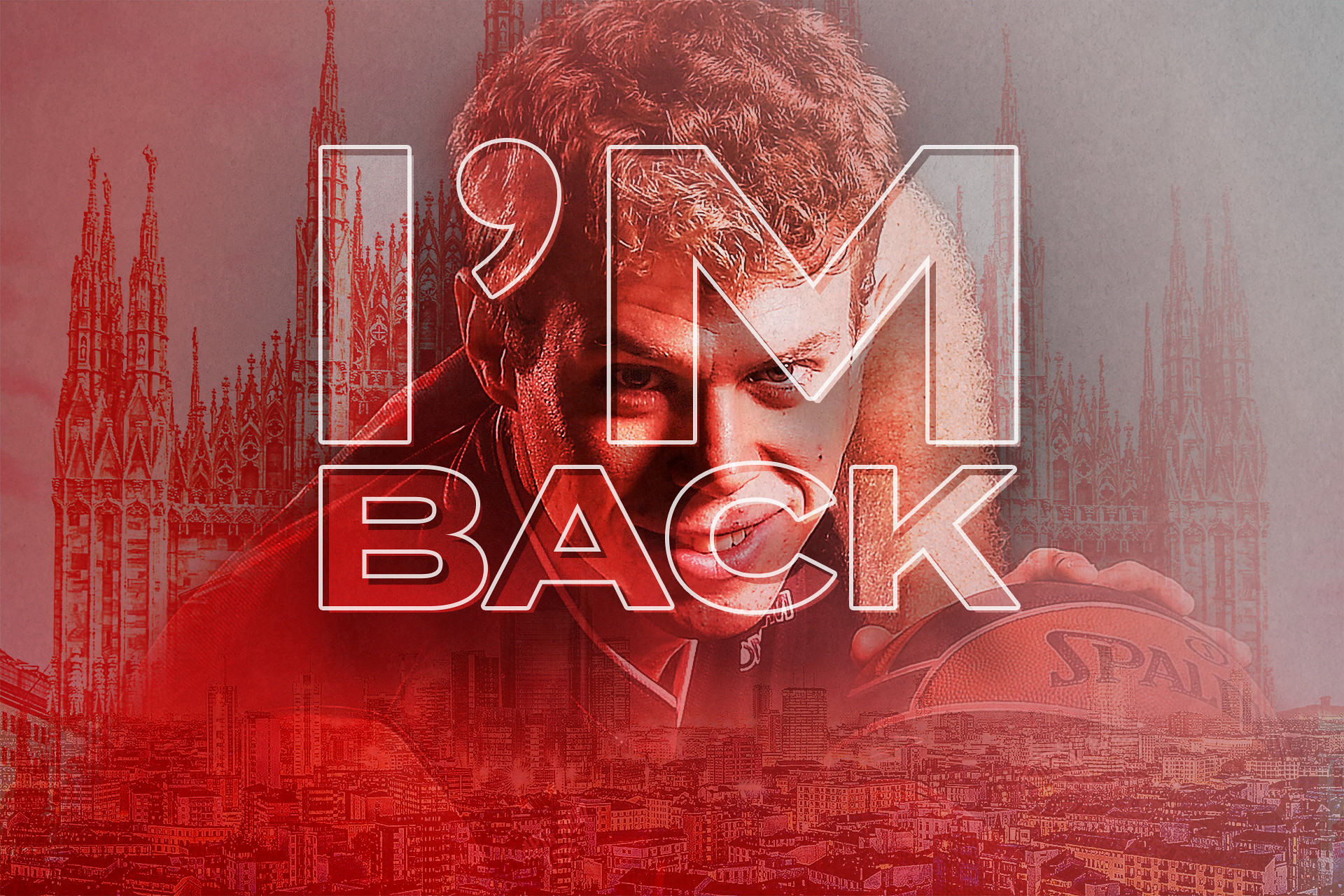 Olimpia Milano has reached an agreement for three years with Nicolò Melli, born in Reggio Emilia on January 26, 1991, 2.05 mt tall, power forward, coming from the Dallas Mavericks, but already an Olimpia player from the 2010/11 season to the 2014/15 season. “Nicolò has always been at the center of our thoughts, he is the right player, in his prime, a player we were looking for as the emblem of the team player on top of having unquestionable skills. To be able to bring him back, after six years and a great career abroad, is reason for us to be extremely proud. This is a happy day for all of us,” says general manager Christos Stavropoulos.

NICOLO’ MELLI – “I told you it was an “Arrivederci”, Milano. There’s obviously a lot of happiness coming back six years later to a club that represents so much in my development: here I came as a kid, here I played the first high-level games, here I won an unforgettable championship. I return a different player, because of the many beautiful experiences I had abroad and because of the titles that I won with other teams. Milano is different from the one I left: different players, different coaching staff, the management has changed too, and I’m thankful to them and to the ownership group for how strongly they tried to get me back. But one thing will never change, and that is the winning mentality of a club that is always looking to the top and the passion of a fan base who can’t wait to be again together with its team. For those reasons, coming back, six years later, is very motivating.”

HIS CAREER – Nicolò Melli began playing basketball in his native Reggio Emilia, debuting in Serie A with the same team and remaining there until the 2009/10 season. In the summer of 2010, he moved to Olimpia Milan: the first season was partly spent in Pesaro on loan. He returned to Milan in 2011 and remained there until 2015. He won the 2014 championship with Olimpia with whom he appeared in 81 EuroLeague games, with 390 points scored. In the Italian league, he has played 177 games with Olimpia, scoring 928 points, and grabbing 698 rebounds. During the summer of 2015, he moved to Bamberg and after two years went to Fenerbahce. He won the German title twice and once the Turkish championship, he won the national cup with both Bamberg and Fenerbahce. He played the EuroLeague Final Four in 2018 and 2019: in the first one, he reached the final game, and he scored a team-high 28 points against Real Madrid in Belgrade. During the summer of 2019, he joined the NBA’s New Orleans Pelicans and was traded eventually to the Dallas Mavericks during the 2020/21 season. In two years, he has played 105 NBA games with 529 points scored