Ettore Messina: “Togetherness and how we will respond to adversities will be the key factors” 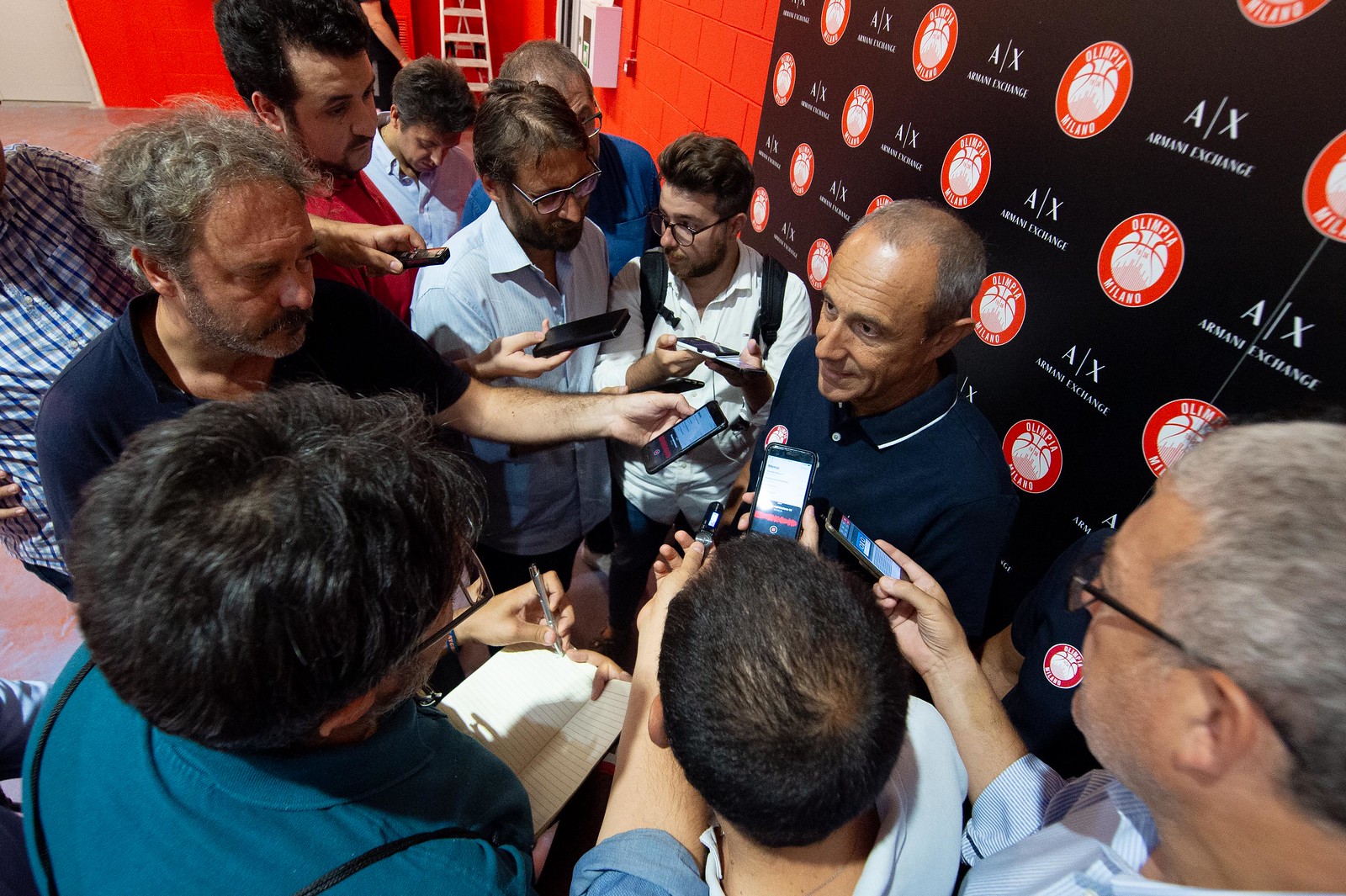 “The team that we built satisfies me, but it’s obvious since I am responsible for its, because of my double role. In many negotiations, the contribution of our general manager Christos Stavropoulos was crucial: I am happy that he came to Milan, the weight of the negotiations has fallen on him, both for signing players or to let players go,” Ettore Messina said during his meeting with the media. Here is a summary of his statements.

About the players’ selection – “Early in the summer, I was intrigued by the idea of ​​having a player like Sergio Rodriguez, including for the fans, I tried to sign Shelvin Mack already when I was in Moscow and he went to Atlanta. For the type of team that we want to have, they are two players I wanted, I think they are ideal for what we want to do. Aaron White gives us speed and athleticism, he can play two positions, for example when we face a team that plays with a big capable to stretch the floor and he can play with Jeff Brooks in those circumstances giving us more versatility. In this context there is also the choice of having another big like Paul Biligha, not really big, but more versatile. Finally, I’m happy to have Ricky Moraschini, who was recognized as the best Italian player during the last season. Stavropoulos insisted a lot on this point, recalling that his Olympiacos’ teams had been successful with a solid group of Greek players. This year we tried to have a bigger group of Italians.”

The EuroLeague experience – “It was a trait we looked at, but not a determining factor. The good attitude, the quality of the people was crucial, because I really talked to many people to get to know everyone better. Then we also have EuroLeague experience and I’m happy about that. For example, Michael Roll, who I need as a shooter because he can play as a three and as a two-guard, which is important considering that Nemanja Nedovic is still recovering from the injury problems he’s struggling with, since last season. We think we have identified the way to solve the problem, but it will take a few weeks, not a few days.”

The players’ rotation and the Italians – “I have never coached such a deep team. My idea is that those capable will play more, regardless of their nationality. Thinking aloud, we can use an approach similar to what soccer teams are doing, using maybe nine players, while two days later you use again nine players, but those nine are different. We will try to experience this.”

The schedule – “The team will play a lot and will practice rarely, given the schedule: during my years in San Antonio I have seen how good Gregg Popovich is at using the available time. I hope I learned something during these five seasons. Less is more, he says. Many do not believe that Popovich looks very little at opponents during the season, but it is true: he focuses on his team. Here, I am lucky to have a high-level staff, resources very close to the ones available to NBA teams, so it will be up to me to decide how to better use everything and everyone.”

Gudaitis’ recovery – “I found him in excellent shape, I don’t know yet when he will be able to play or have the first contact practice, but he had a whole session with no contact and he experienced no problems. After seven months since his injury, and this is no small feat. At the center position, we are happy to have Gudaitis and Tarczewski. We have never been active on the market for any center.”

Shelvin Mack – “We signed him because we expect him to play a lot, he and Sergio Rodriguez will drive our bus. Both one at a time and together they will have to take us to destination.”

The EuroLeague – “There is great interest around the EuroLeague. Even in America they follow the competition very closely. A few weeks ago, I was with Stan Van Gundy at a clinic and he told me that he was watching EuroLeague games. Everyone would like to win it or to have a long run in the EuroLeague. The difference will be made by togetherness and the ability to overcome difficult moments as Sergio Rodriguez said yesterday. ”

The return as head coach – “I missed the role especially during the last year. Not really because I want to decide which play we need to call, but to have my team, my staff and honestly to try to use the things that I learned in the NBA. I can’t duplicate what Popovich did in San Antonio, of course, but he was a daily source of inspiration.”

The so-called Bologna rivalry – “Virtus did something important by taking a prominent player like Teodosic: they sent a message to everyone, fans, environment, to the Italian league as a whole. It seems to me that in Italy there has been so much talk about the level of the league, we have been a little too much pessimist about it, but the arrivals of such players, like Rodriguez, Teodosic, Mack, that’s important. There are also teams that have done so much even in Europe, lately, I think of Venice and Sassari. The league will continue to grow and we must thank some owners, starting with our own”.

The goals – “We built the team thinking we could reach the EuroLeague playoffs and win the Italian championship, but when I talk about goals everyone assume that it will mandatory to achieve them. Then, we will walk on the court and soon we will find out if those goals are realistic. When you wear the Olimpia jersey you can say whatever you want, but the goals remain the same.”.