Welcome Playoff Delaney: how Malcolm grew up during the Bayern series 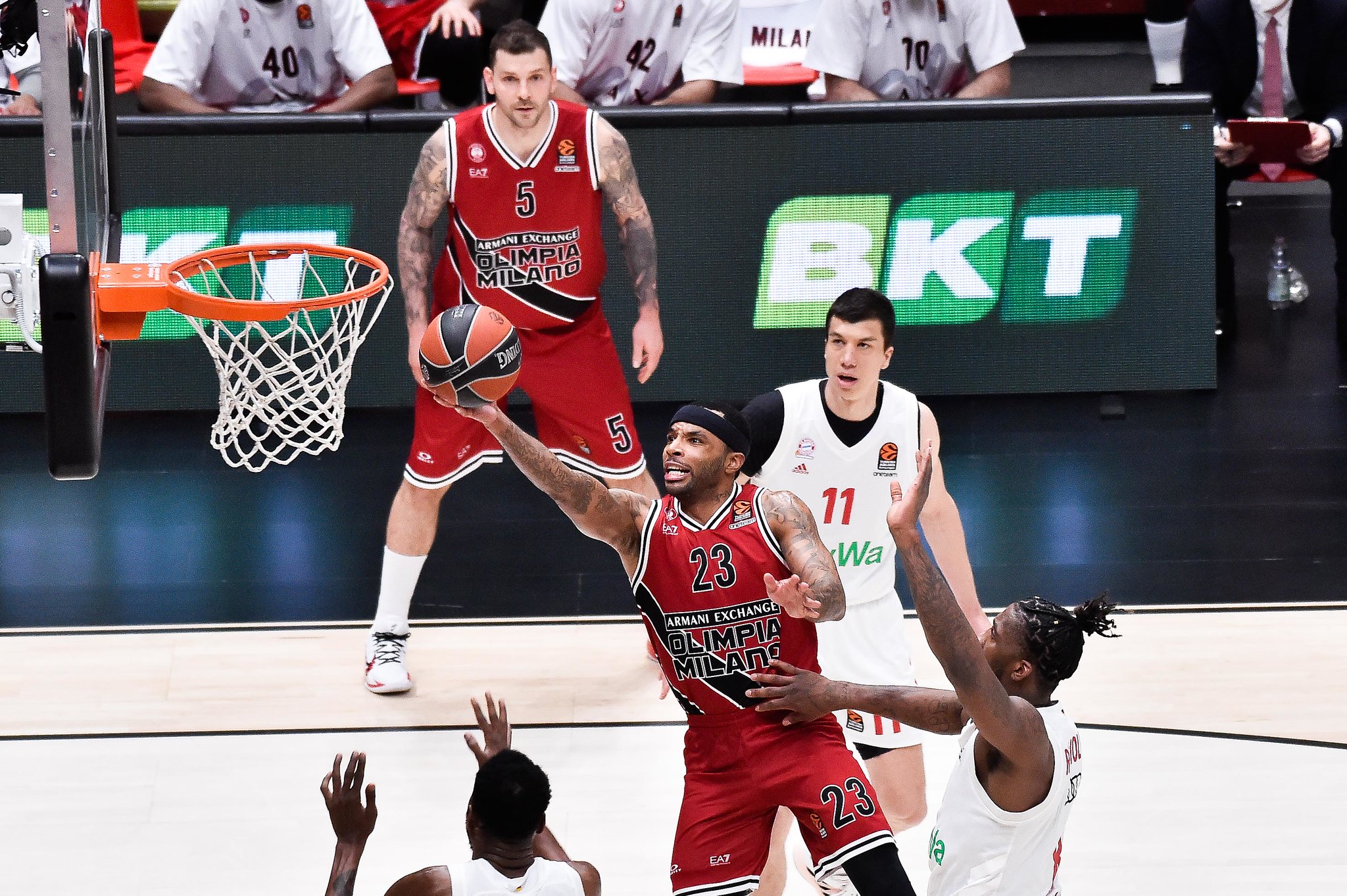 Malcolm Delaney only missed eight games during the EuroLeague regular season, but he suffered two different and significant injuries. Fortunately, the sprain ankle reported during the first game against Real Madrid was contained by the postponements due to Covid reasons of at least a couple of games, so as a fact he just missed one full game. But the second, more serious stop kept him out of seven consecutive games, allowing him to return only for the last regular season game against Efes. But it was enough for Malcolm Delaney to regain his shape just in time for the playoffs and to grow within the course of the series. A look at the numbers.

For Malcolm Delaney it will be the second Final Four appearance of his career after the one he played in 2016 with the Lokomotiv Kuban. Even then he qualified it after a five-game playoff series against Barcelona, ​​scoring in double figures in five out of five games. It is weird, because Barcelona is the same opponent who will face Olimpia in Cologne and the same team with which Delaney spent his last EuroLeague season.

Lately, Delaney told his story to “Beyond the Lights”, the EuroLeague digital magazine. “When I came to Europe I thought I’d do a year in France, show that I could run a team and then move to the NBA. But after the good season in France (in Chalon) I entered the EuroLeague radar. I played in the summer. league, it didn’t go well, I didn’t have a real opportunity. So my agent explained to me that if I became one of the top players of a EuroLeague team it would be the NBA calling, we didn’t have to chase it. After my second year, in Kiev, Bayern came forward.” Delaney exploded on the EuroLeague stage in a game with Real Madrid. “They had a very long winning streak, I had played well all year, but after that game they made me MVP of the week. That was the moment when I realized I could be one of the best players in the EuroLeague.”

The opportunity to go to the NBA was presented to him at that time by Houston. “But I wasn’t able to accept it, I understood the business, so I stayed in Monaco, then I went to Kuban and there I had the best season of my career. At that point I made the leap to the NBA,” he says.

“My experience with Atlanta was one of the best in my life, first of all because my friends and family were able to see me live, as opposed to what happens when I’m overseas, and secondly because I played against the best players of the world, against some of the players I grew up idolizing, like Carmelo Anthony. I will always appreciate Atlanta for making me to fulfill a dream.”

After two years in Atlanta and one in China, Delaney came back in Europe. “For me the biggest thing was adjusting to the European mentality, staying away from home for ten months, embracing the European lifestyle and the European teams culture again. Now my great goal it is to return to a Final Four and win it.