Olimpias was recognized with the Judges’ Award for Community Development 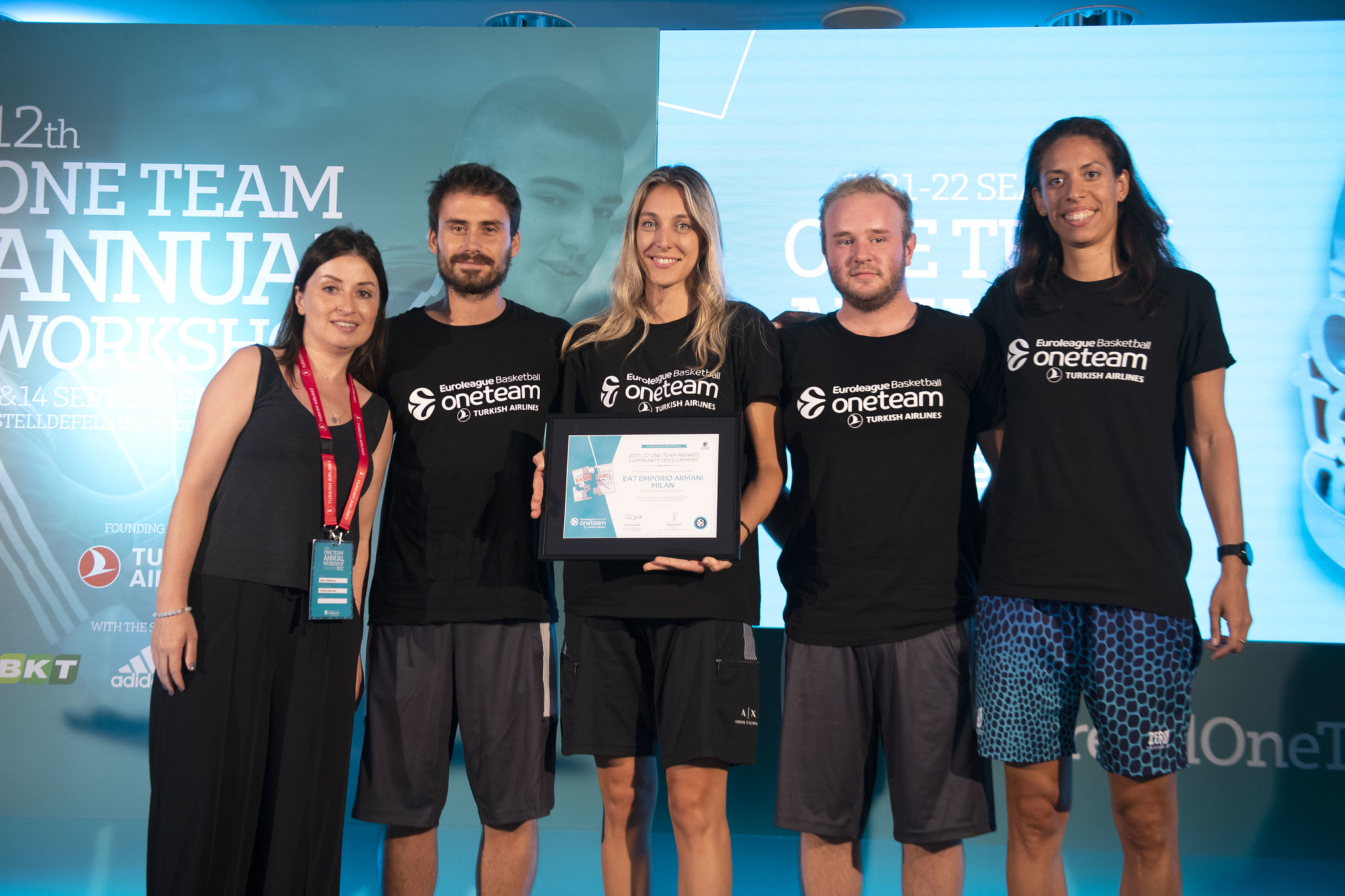 EA7 Emporio Armani Milan was recognized with the Judges’ Award for Community Development within the EuroLeague One Team Program. The One Team program celebrated its 10th anniversary during the 2021-22 season. Ever since its founding in 2012, Euroleague Basketball’s social responsibility program has been able to count on the support of Turkish Airlines and its long-term partnership with Special Olympics, as the clubs in Europe’s two most prestigious basketball club competitions use the power of basketball to make a difference in their local communities. Recognized for excelling in community development last season, Olimpia joined forces with Laureus Sport for Good Italia Onlus to support children aged between 12 and 13 from Instituto Comprensivo Arcadia – Milan. This included focusing on life skills and the importance of ‘team’ and ‘community’, with 100 children in five classes taking part over a 12-week period.

The One Team activity for the club is led by Michele Samaden, supported by Marilisa Zanini and Alessandro Trombin. Gigi Datome and Kyle Hines are the amassadors.